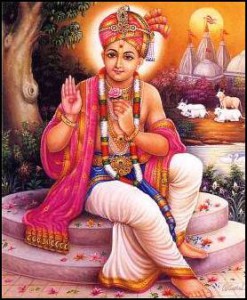 The Swami Narayan tradition was founded by Sahajananda Swami (1781-1830) considered by his followers as an incarnation of God. The group claims heritage from the Sri Sampradaya of Ramanuja one of the main Vaishnava traditions and its followers are mostly from Gujarat. There are now various Swami Narayana sampradayas reflecting different views on the identity of the guru and the genuine line of succession. The largest is the Swami Narayana Mission, whose current leader is Pramukh Swami.